$2,500 has been awarded to the graduate student at The Citadel.

ATLANTA, GA, December 15, 2021 /24-7PressRelease/ — The Bader Scott Workers’ Compensation Scholarship was established to boost the education of students who have been injured on the job. In Gilbert Bowman Bradham, Jr., the scholarship selection committee found an extremely worthy candidate.

Bowman is a lifelong South Carolina resident whose father graduated from The Citadel. Since his teenage years, one of his goals has been to earn the coveted Band of Gold for himself. However, his initial college run in the 1990s was ill-fated. Falling back on a career in commercial real estate, Bowman suffered a severe injury when he was struck by a golf ball while working on a course on Kiawah Island.

The ball broke through an improperly manufactured steel cage and hit him in his right eye, rupturing it. “It was like being hit with a sledgehammer,” writes Bowman. Though he is not normally litigious, Bowman writes that such a life-altering injury requires a person to “avail oneself of legal advice and representation” not just for themselves, but for their family and their future.

This was not Bowman’s last brush with serious injury, unfortunately. Years later, while working as a SC State security officer, a bus tire exploded near where he was working. His lieutenant, Lt. Oneida Banks, covered his body with her own, as Bowman had not been given a bulletproof vest at the time. Her heroic actions saved him from shrapnel, but the explosion itself caused Bowman to lose 40% of his hearing.

This second incident led to a workers’ compensation claim, as Bowman could no longer work as a security officer. However, Bowman presses on. With his children now fully grown, he has finally achieved his lifelong dream of earning a Band of Gold from The Citadel. Now, as a graduate student, he aims to complete a master’s degree in Intelligence and Security Studies to supplement his bachelor’s degree in Political Science with a pre-law subfield.

The $2,500 scholarship from Bader Scott Injury Lawyers is sure to help Mr. Bowman on his path to future greatness.

Atlanta-based personal injury firm Bader Scott Injury Lawyers handles workers’ compensation claims as well as general personal injury and wrongful death litigation. Widely recognized as one of the most successful law firms in Georgia, Bader Scott has helped win its clients millions of dollars in settlements and jury awards. Its Worker’s Compensation Scholarship is just one of several avenues of community involvement designed to help those in need and deliver justice to those who have been injured. 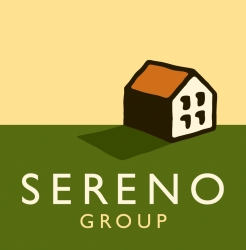 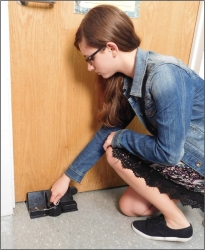