Bring Your AC Into The 21st Century: Convert to Refrigerated Air Conditioning

EL PASO, TX, November 05, 2020 /24-7PressRelease/ — Over the years we have constantly used both design and innovation to improve our quality of life. Think for a moment about how we have gone from the clunky hand cranked device that Alexander Graham Bell gave us in the telephone to the modern ‘mini-computers’ that seem to be attached to everybody’s hip these days! Or how Mr. Henry Ford’s automobile has eventually led to the design and innovation of electric vehicles that are poised to take their place in history. Who can ever forget that behemoth of a machine that Sony introduced called the ‘Betamax’ that eventually became today’s Blu-ray player?

“Yes, we have designed and innovated almost every single aspect of our lives to make everyday mundane tasks not only easier, but also less problematic and ultimately more enjoyable.” Mike with SoBellas says.

Now, let’s take a look at the way we have designed and innovated how we cool our living spaces and more importantly how technology has improved the way we do that.

Evaporative Cooling and The Ancient Egyptians

Thousands of years ago, the ancient Egyptians used evaporating water as a means to make certain areas more comfortable. They had found that by implementing the use of standing pools of water that the areas around those pools seemed not to be as hot as other areas. These same Egyptians also implemented the use of channels of running water in the walls of some structures to facilitate this evaporative cooling method.

This same way of using evaporating water to promote a cooler more comfortable area is what developed in the late 19th and early 20th century as the more common ‘swamp cooler’.

Little did the ancient Egyptians know that their way of keeping cool would eventually design and innovate itself into swamp coolers and then the swamp coolers would evolve into modern day HVAC systems.

According to Mike “In some areas of the globe, the use of swamp coolers to promote a cooler atmosphere are still used.” And while they have gone through the design and innovation change into evaporative cooling systems, there are certain instances in which they cease to be effective.

Evaporative cooling devices are quite effective when the area they are trying to cool is a dry and humidity-free environment. Since they essentially put water vapor into the air, the drier the air is, the better the cooling effect is.

When the summer heat is amplified by the presence of humidity, then you get a hot and sticky environment where evaporative cooling methods are both pointless and a waste of time and energy.

SoBellas and The Conversion to Refrigerated Air Conditioning

So let’s say that you have decided that converting to refrigerated air conditioning is definitely on your ‘to-do’ list, The only question left to ask is ‘who are you going to get TO-DO it’?

If you live in El Paso, Texas or the surrounding areas the answer to ‘who’ is of course SoBellas Heating Cooling and Appliance.

Feel free to contact the professionals at SoBellas today and start the process of a convert to refrigerated air conditioning for you and your family. 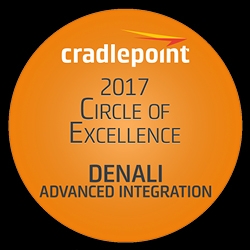