Washington, DC, February 14, 2018 –(PR.com)– The Alliance for Site Neutral Payment Reform today commended the House Subcommittee on Oversight and Investigations for highlighting the high costs of healthcare consolidation to patients, employers, and taxpayers. The Subcommittee hearing, “Examining the Impact of Health Care Consolidation,” will shine a light on marketplace consolidation trends that are increasing costs and limiting patient choice in healthcare.

The cost of healthcare is climbing in the United States, with the consolidation of hospitals and physician practices being a major contributing factor for the spending increase. In 2016, healthcare spending topped $3.3 trillion or 17.9 percent of the United States’ gross domestic product (GDP). There is great opportunity for reducing costs and improving efficiencies in the healthcare marketplace, including the expansion of site neutral payment policies.

For example, Medicare reimburses hospital outpatient departments (HOPD) at vastly higher rates than community care clinics, for providing the exact same services, thereby financially incentivizing hospital systems for scooping up smaller physician practices and charging higher rates. This signals that billions of taxpayer dollars are not being used as wisely as they could be.

According to a study recently published in Health Affairs, the rate of hospitals acquiring oncologist practices doubled from 30 percent in 2003 to 60 percent in 2015. Since the cost of chemotherapy at HOPDs is 76 percent higher than at freestanding cancer clinics, the fiscal impact of the trend is enormous. According to President’s Trump’s newly released FY2019 Budget, paying all hospital-owned physician offices located off-campus at the physician office rate could save an estimated $33.9 billion over ten years.

Misaligned reimbursement rates also cause patients to pay higher out-of-pocket costs for treatment at HOPDs. The Medicare Payment Advisory Commission (MedPAC) has estimated that beneficiary copayments at hospitals are nearly triple that of freestanding physicians’ offices. MedPAC estimated that equalizing payments across all providers could save Medicare beneficiaries as much as $380 million per year in out of pocket costs.

The Alliance looks forward to supporting the Subcommittee’s work and urges Congress to advance payment parity across sites of service and expand policies to equalize payments.

About the Alliance for Site Neutral Payment Reform
The Alliance for Site Neutral Payment Reform is a coalition of patient advocates, providers, payers and employers who support payment parity across site of service in order to decrease Medicare and commercial spending, ensure patients receive the right care in the right setting, lower taxpayer and beneficiary costs and increase patient access. Our growing membership represents healthcare providers, patient and consumer groups, insurers and others who believe patients – and the healthcare system – would be better served by policies that are fiscally wise and preserve and enhance care options. 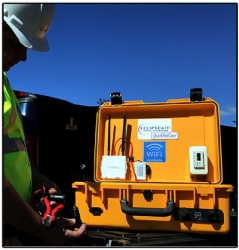