SAN FRANCISCO, CA, December 15, 2020 /24-7PressRelease/ — Artificial intelligence (AI) is quickly emerging as the most transformative technology of this still-young decade. AI’s fast-evolving power and capabilities are expanding so quickly that it’s often hard to comprehend the numerous ways in which the technology is changing so many aspects of different business sectors. Most people tend to believe that AI applications are primarily being both developed and utilized by the large technology companies. This may be true, but AI applications are already entrenched in the mainstream and are rapidly being adopted for use by just about every sector of the economy on a worldwide scale.

Large corporations were the early adopters of AI technologies, but AI applications are also proving beneficial for smaller businesses, especially those involved with tech. In fact, many smaller firms of all types may already be using AI without even knowing it when they utilize various cloud-based services. That said, anyone who uses Google search is interacting with an AI powered program. Smaller businesses, though, are going to increasingly find uses for direct AI applications that help them with distinct elements of their operations. And tech-oriented firms, no matter what their size, are going to be left in the dust by their competitors if they fail to keep up with AI’s evolution and focus on how to adopt the technology for their specific needs.

OK, so what exactly is artificial intelligence?
Most people understand that artificial intelligence and its more common AI acronym describes elements of human-like intelligence displayed by computers, robots, or other machines. A staple of science fiction — Hal, the computer villain of the 1970s epic sci-fi film “2001 A Space Odyssey” being a prime example — AI is fast becoming a core component of many elements of our digital world. In the business world, companies utilize a vast array of AI-powered applications to assist with various operations. Tech companies use and experiment with AI algorithms to assist with complicated research challenges and to help develop especially complicated technology.

2Future Holding is certainly aware of the incredible power of AI and closely tracks advancements in the technology. Consider the field of biotechnology, where AI has been dictating how researchers unlock the mysteries of the human body and study disease. AI does this because its ability to parse through and make sense of the vast amount of relevant data collected far outpaces human capabilities. This means that AI findings often drive the direction of research rather than the scientists themselves.

For example, AI has all but taken over study of DNA and the genome. AI and machine learning have been instrumental in helping us read and sequence genes quickly and is now ramping up in its ability to help us make sense of genetics on a case-by-case, gene-by-gene basis. This is expected to lead to AI-generated identification of specific genetic mutations as a diagnostic tool that can help physicians tailor make the optimal drug treatment for cancer patients.

AI powering revolutionary advances in anti-aging research
AI is proving instrumental in driving research in the field of longevity, where it is expected to significantly enhance research efforts designed to extend human life while enhancing the quality of the latter stage of life. AI tools are proving helpful in collecting and assessing vast amount of relevant data and in providing a comprehensive identification of health risks and strategies for disease prevention. AI is also powering the development of aging biomarkers, anti-aging drug discovery, and will be instrumental in streamlining the convergence of the numerous related areas of longevity research.

We have no doubt that the aging experts at longevity company OneSkin will benefit from AI-powered research on skin aging biomarkers. Given the work being conducted by other researchers, OneSkin does not depends on developing its own AI technology for its research. At some point in the near future, though, the company will undoubtedly adopt AI-related applications to assist other elements of the business.

AI is a powerful tool in man’s exploration of space
Mankind’s ventures into space have long involved some form of AI. Launched in the year 2000, NASA’s Earth Observing 1 satellite utilized early AI computerized technology to help it analyze and respond to imagery being recorded. This helped the satellite better detect changes occurring to the earth that might be of scientific interest and guided its decisions on when to alert researchers on earth about such changes.

Today, AI is a core component of pretty much every human endeavor in space, whether exploration or satellite operations of every kind. The satellites that will be launched by Hypercubes will rely on AI algorithms to rapidly collate and analyze the vast spectrum of hyperspectral imaging data collected daily. This will provide data on soil nutrients, invasive species, bacteria, and other soil health metrics in near-real time, which will aid farmers in maintaining optimal food production. In fact, without AI, the company’s mission to help eradicate world hunger would not be possible.

Tech companies gain competitive advantage from AI
As previously mentioned, tech companies that fail to analyze the potential competitive advantages offered by AI risk losing out to their competitors. AI offers incredible boosts to efficiency. A team working with the assistance of an AI program supported by AI-oriented programmers can save on expenses related to personnel, physical space, and other supplemental labor needs. That’s because AI is capable of doing the work of multiple people — artificial intelligence is brainpower on the digital payroll!

And your non-human AI employee is getting cheaper by the month. Investing in AI of whatever kind is getting cheaper as more and more companies adopt the technology. Like any technology, AI-powered applications tends to get cheaper with the expansion of widespread adoption. The cost of algorithmic AI programs tends to go down over time as the cost of supporting infrastructure goes down as a specific AI program is shared among more and more users who access it for their particular machine learning algorithm needs.

As an aside, I’ll note that such shared platforms also necessitate the need for robust cybersecurity measures. But I will detail the importance of cybersecurity in a future blog.

Unfortunately, smaller tech companies face a challenge in adopting AI and machine learning algorithms for their particular needs due to a potential lack of qualified AI-capable programmers. The best and brightest of these programmers worldwide are attracted to and heavily recruited by Silicon Valley companies that offer earnings that dwarf what they are offered in developing countries. Competition for this talent is especially fierce.

Whatever the case, tech companies that can successfully hire skilled programmers that are proficient with AI will gain a competitive advantage. And all companies are benefitting from the proliferation of AI-powered and assisted applications. 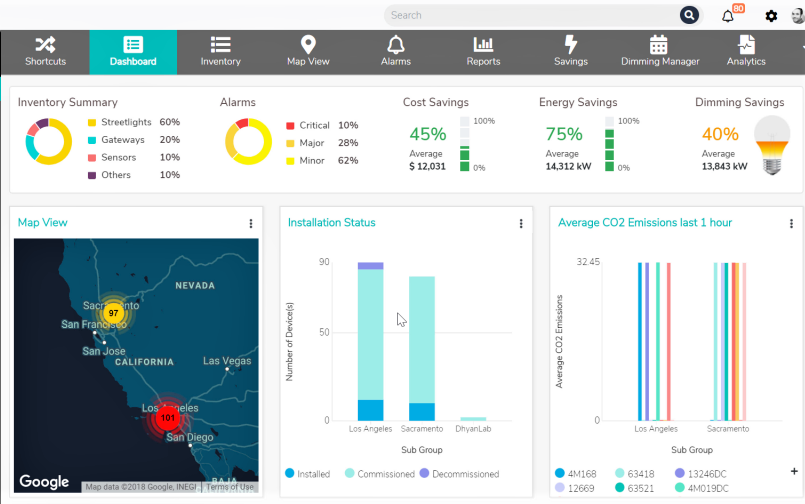 Town of Scarborough, Maine Switches Over to Dhyan StreetMan to Manage Smart Streetlights

isoTracker Solutions Ltd Launches an Upgrade to the Complaints Module 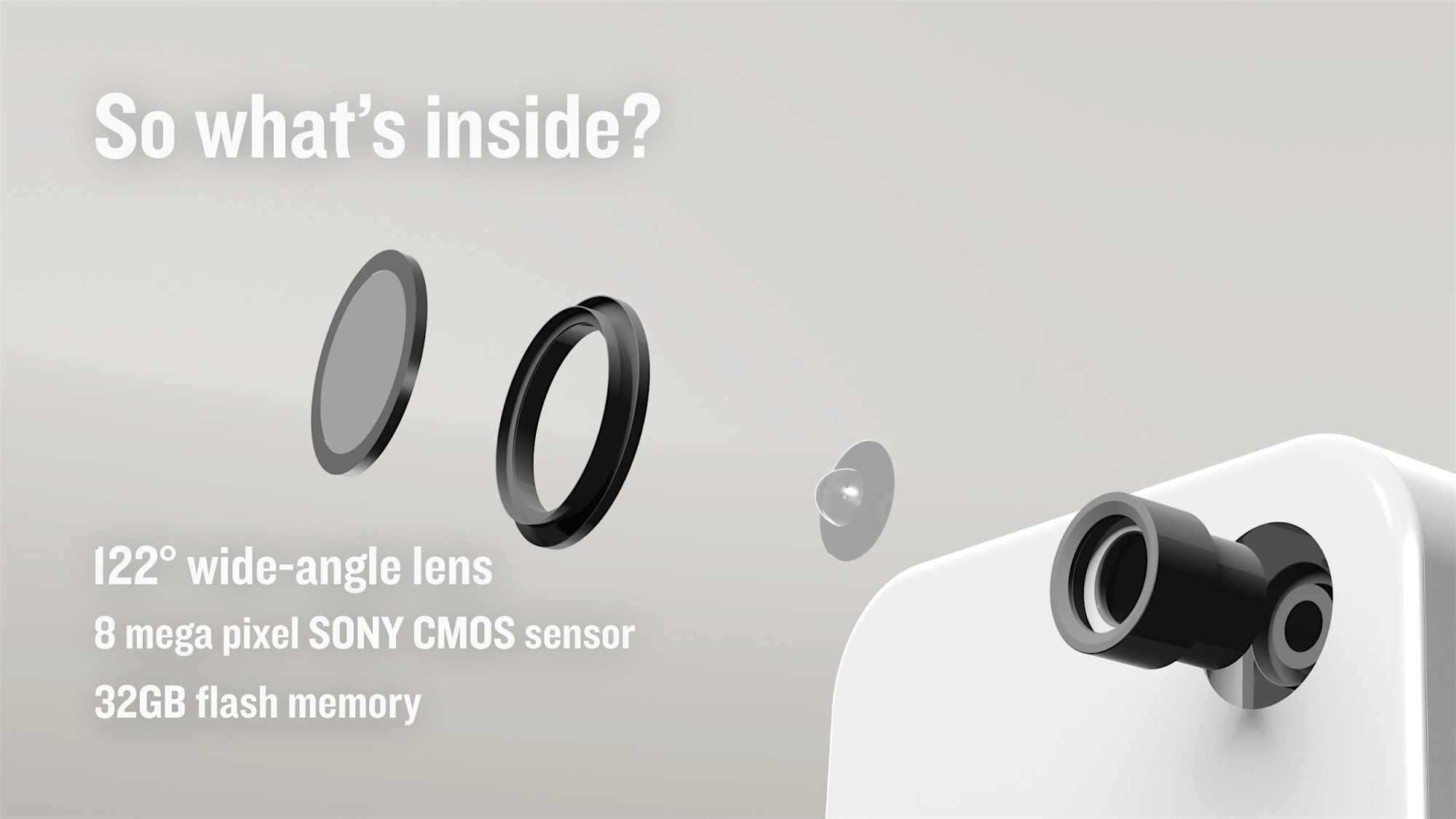